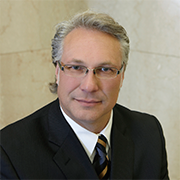 Darin returned to university following his employment with a utility company in 1996. He graduated from the University of Lethbridge with Great Distinction in 1998. He continued his post-secondary education and graduated from the University of Alberta law school in 2001. After articles with a civil firm, he joined Tatarchuk Olson, in 2002, practicing primarily criminal defence. Two years later he joined Engel Law Office, for one year, and continued his criminal defence practice.

Currently, Darin continues his practice in Edmonton, keeping his focus on criminal defence work, overseeing and handling all criminal cases at Slaferek Callihoo.

Darin appears regularly at all levels of court and has argued before the Supreme Court of Canada. Also, he appears in Courthouses located all across Alberta, Saskatchewan, British Columbia and Northwest Territories.

Click here if you are looking for Christie Callihoo or help with Family Law related matters.

The legal team at Slaferek Callihoo provide trusted legal services to Edmonton and the greater surrounding area. We provide a dedicated focus on criminal law, practicing ethical, effective, and efficient solutions to serve the best interests of our clients.